There are several factors that increase risk of suicide:¹

The following protective factors can help reduce risk of suicide:¹

Approximately 20% of the U.S. population suffers from a diagnosable mental illness. Depression is the most common risk factor for suicide. Other mental health disorders that increase risk include bipolar disorder, Post-Traumatic Stress Disorder (PTSD), schizophrenia, borderline personality disorder, and co-occurring mental and substance use disorders.² In New York State, the suicide rate for those served in the mental health system is almost five times the rate of the general state population, 38.8 per 100,000 population.³

Alcohol and Other Drug Misuse

Substance use is the second most common risk factor for suicide. Alcohol misuse or dependence increases risk tenfold. In fact, 22% of suicide deaths and 30-40% of suicide attempts in the U.S. involve alcohol intoxication. Opiates are present in 20% of suicides, while injection drug use increases risk fourteen-fold.4

Reasons for the connection between substance use and suicide include:4 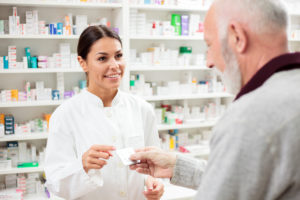 As opioid overdose deaths continue to rise dramatically, suicide steadily increases in the shadows. Still, it is estimated that 20-30% of deaths being attributed to opioid overdose are actually suicides.5 This is particularly problematic because interventions targeting unintentional overdoses are different from those that target intentional overdoses. As such, most strategies aimed at combatting the opioid epidemic do not include screening or intervention for suicide risk.5 This highlights the importance of addressing these two issues in tandem as self-injury mortality.6

Addressing Substance Use and Suicide Collaboratively

In 2016, the Substance Abuse and Mental Health Services Administration (SAMHSA) issued a call to action to address substance use and suicide with collaborative efforts in its brief Substance Use and Suicide: A Nexus Requiring a Public Health Approach. Here are a few strategies for addressing the two public health crises together.

Visit the New York State Office of Alcoholism and Substance Abuse Services Combat Addiction for information, toolkits, videos, and materials on opioid overdose prevention. Click here to find a naloxone training near you.

There were 21,187 hospitalizations or emergency department visits for suicide attempts and self-inflicted injuries in New York in 2016.7 Women and adolescents had the highest suicide attempt rates; women accounted for 57% and youth aged 10-19 made up 20% of all attempts in New York in 2016.8 A history of suicidal behavior, particularly recent behavior, is one of the strongest predictors of a future attempt and death. Those who attempt suicide are 30-40 times more likely to die by suicide than someone without a history of suicide attempts.7

Even though it occurs without the intent to die, NSSI is recognized as a risk factor for suicide. Studies have reported 2.5 times increased risk of suicide for those reporting NSSI. Repeated NSSI may reduce inhibition to suicidal behavior, making it a “gateway” behavior.7

Click here for more information from Cornell University on the relationship between NSSI and suicide.

Over half a million people in New York State are struggling with their gambling. Problem gambling, and gambling disorder, increases one’s risk for suicide. Gambling disorder is unique in that, unlike substance addiction, an individual can continue to gamble as long as there is money. Additionally, gambling is very easy to hide. These factors contribute to the increased risk for suicide among gamblers. One in five problem gamblers has attempted or completed suicide. The suicide completion rate among those with a gambling disorder are higher than any other addiction.

In New York State, there are services designed specifically for problem gamblers. To find support and information specific to your community, reach out to your regional Problem Gambling Resource Center, or visit the NYS OASAS Problem Gambling page. You are not alone. Reach out today!