Ageism refers to prejudice (how we feel), stereotypes (how we think) and discrimination (how we act) aimed towards yourself or others based on age. According to The World Health Organization (WHO), half the world’s population is ageist against older people, and sixty percent of respondents acknowledged in a survey distributed by WHO that older adults are not treated with respect.

The prevalence of ageism within our older population has caused far-reaching economic and health impacts.

Studies across cultures and decades of research on late-life suicide have demonstrated that when older adults face negative stereotypes of aging, health and well-being suffers in forms of worse cognitive and physical functioning, poorer physical and mental health, and death. 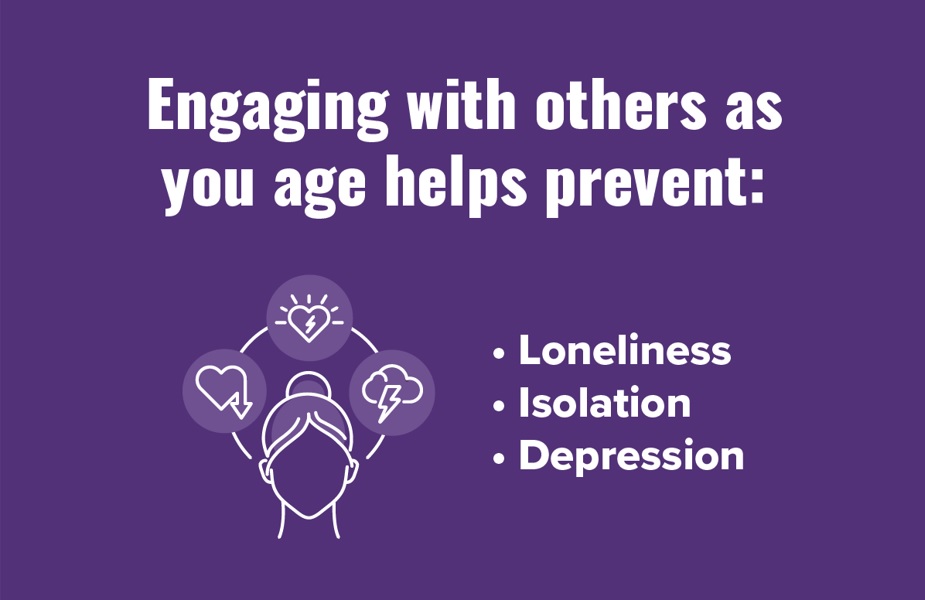 Older adults may internalize messages around them that they are burdens to their family and to society, which can cause depression, loneliness, and diminish their will to live. These are specific factors that have been identified in older adults who have died by suicide.

How YOU can help change the conversation about ageing.

If we’re going to truly support mental wellness in our older adults, we need to make the public more aware of ageism and its damaging effects. We can start by changing the conversation about aging and focusing on debunking the myths surrounding growing older. Depression and contemplating suicide is not a normal part of aging. In fact, study after study confirms that older adults by an overwhelming margin report greater satisfaction, quality of life, and social functioning as they age. Research suggests that those with more positive views of aging have better memory, balance, and longevity.

Ageism is prejudice against our own future selves, not a problem that can be fixed or a disease that can be cured. It’s a real, powerful, lifelong process that unites us all. Instead of thinking our bodies are betraying us as we age and denying our future, imagine a world where we celebrated the ability to adapt and grow with a sense of purpose as we move through life.

Only by recognizing ageism and its damaging effects can we work to prevent it in New York State. And since we all age, everybody has a stake in this fight. Let’s start by changing the conversation when it surfaces in our daily lives and in our mindsets.